This model is geared directly toward a mobile app. It could work with an in-game purchase scheme as well i.e. a desktop game or any free-to-play game that makes money by charging fees for one-time purchases or recurring purchases that enhance user experience.

The model has three main revenue streams. They are: ad revenue, freemium revenue (charging users so they don’t have to see ads), and in-app purchases. You can easily zero out any of those revenue streams that don’t make sense for your situation or use all three. The model will work without any further adjustments beyond zeroing them out.

There are two main assumptions that drive traffic. The first is ad spend and the second is organic traffic/viral traffic. For ad spend, you can enter a CPA (cost per acquisition) in each of the five years in order to define how many downloads result from that. For organic traffic from search/viral, the user defines the amount of monthly traffic per year and then a percentage of that traffic that downloads.

Ad Revenue:
The logic to define revenue for ads that are shown to users that sign up for free is based on the amount of impressions per user per month and a CPM rate. The CPM rate will vary based on the content and a wide range of factors.

Freemium:
This is revenue from users that opt to pay a monthly fee instead of having to see ads. This is also a definable assumption over each of the five years.

In-App Purchases:
This logic applies to all users (no matter if they are free or freemium). The user can define the percentage of users that will engage in in-app purchases as well as up to five potential purchase amounts per month. Normally, this will probably be boiled down to the average spend per user per month on such purchases, but for the sake of flexibility, there are 5 slots and a % range to define how many users will engage with each slot. They are not mutually exclusive.

The logic for expected user life exists as well and churn is a result of those calculations. To do this effectively, there are 2 matrix tabs. The third matrix tab is for dynamic payroll tax and benefits.

The fixed expenses are fairly general. The user picks the start month and the monthly expense amount per year. There are 32 slots for G&A, S&M, and R&D. Also, there is a range of areas for the cost of goods sold that generally apply to a cost per user model as well as a separate section for the cost of goods sold that apply to fixed monthly amounts.

I included logic for a potential exit valuation based on EBITDA for trailing 12 months.

Payroll taxes and benefits, as well as corporate income tax assumptions, also exist dynamically. I included a depreciation row that is hardcoded as well if you want to make a go at getting down to after-tax cash flow.

The other aspects of the model are fairly straight forward summaries. There is a monthly and annual P&L detail as well as an executive summary roll-up that models after a pro-forma income statement and cash flow statement. Also, there is a logic for the potential to raise money from traditional bank loans and from investors.

A DCF analysis was built for the project, investors, and owner/operator as well as the IRR of each. 10+ visuals exist that show high-level financial metrics as well as more complex key performance metrics such as CaC, LTV, CaC payback (months), and LTV to CaC ratio.

Get one of our Premium Templates 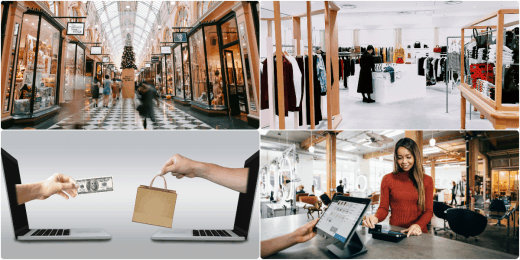