Break-even is achieved when the income covers all minimum required costs to operate the business (normally fixed costs). Financial Model providing a dynamic up to 10-year financial forecast for a startup or existing Furniture Manufacturing Company. Financial Model providing a dynamic up to 10-year financial forecast for a startup or existing Car Wash Business. 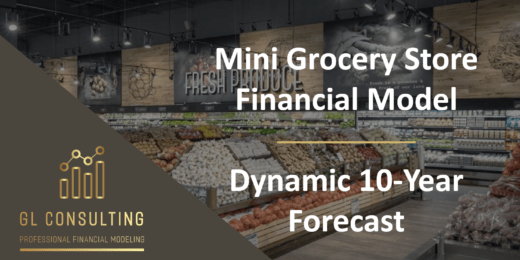 Financial Model providing a dynamic up to 10-year financial forecast for a startup or existing Mini Grocery Store. 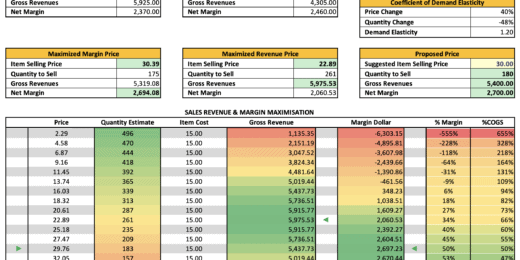 Determines optimal sales price for highest profitability, based on comparison of sales at two price points. Financial Model providing a dynamic up to 10-year financial forecast for a Coffee Shop startup or existing business. 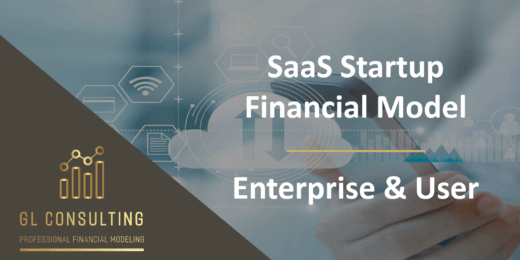 Advanced Financial Model providing a dynamic up to 10-year financial forecast for a Software as a Service (SaaS) startup business. If you dream to start a heavy machinery rental business, the template is the first step in making your dream… Starting a fast food restaurant without a financial plan is like driving a car blindfolded. You wouldn´t do it because… 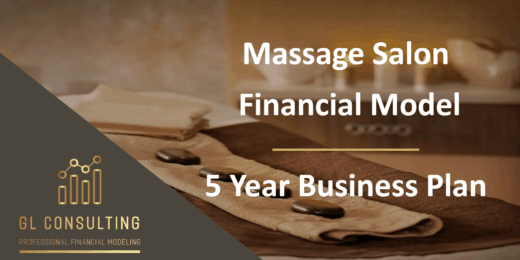 Starting a Coffee Shop without a financial plan is like driving a car blindfolded. You wouldn´t do it because you…

Discover Brewery Pro-forma Template. By running various scenarios of your inputs, you will begin to see which options are best…

If you dream to start a boat touring business, the template is the first step in making your dream into… The Customer-Centric Financial Model for Restaurants

Starting a restaurant without a financial plan is like driving a car blindfolded. You wouldn´t do it because you are… The Franchise Fast Food Excel Financial Model is tailored to evaluate the feasibility of a Fast Food Franchise, and will… 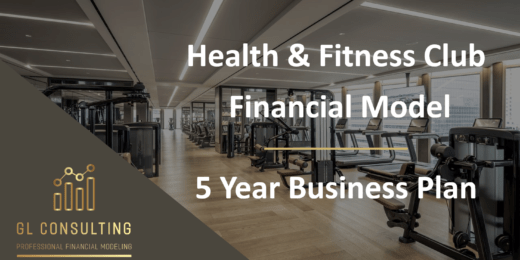 The global concrete industry market is expected to significantly grow in the 10 coming years. If you dream to start… Shop Clothing Manufacturing Financial Model. There's power in Cash Flow Projections and the insight they can provide your business. Five-year… If you dream to start a Consulting Firm Business, the template is the first step in making your dream into…

If you dream to start an FMCG Distribution business, the template is the first step in making your dream into… Advanced Financial Model including a 5-Year Business Plan for a Nursery School. If you dream of owning a coffee shop, the template is the first step in making your dream into reality,… Highly sophisticated and user-friendly financial model for an All-Day Bar and Restaurant business.

What is Break-Even Analysis

A break-even analysis involves the calculation and the evaluation of a project’s feasibility by determining which month or year from now a business becomes profitable or able to at least cover the costs incurred. Basically, once you've reached the break-even point, you are neither losing money nor making money but all your costs have been covered. In finance, calculating the break-even point does not include the cost of working capital since it only considers the expended costs for the benefit of the project or investment and other costs required to develop a project or investment.

Break-even analysis is a useful tool as a metric to calculate the level of fixed costs relative to the profit earned by the project. Thus, if a project has a lower fixed cost, it will tend to have a lower break-even point. Since the break-even point is the point at which the cost or expenses and revenue are equal, there is no net loss or gain. It is considered as such, although the opportunity costs have been paid and the capital has received the risk-adjusted, expected return. This means that the break-even point is the point in which the total revenue of a business exceeds its total costs and then the business is able to create wealth instead of expending it.

In other words, the break-even point is reached once the generated revenue equals the total costs accumulated until the period of profit generation. By conducting a break-even analysis, the business will be able to set a solid business plan to which they can ensure a steady stream of revenue and maintain profitably.

There are a few basic calculation methods to which you can determine a business’ break-even point. The first one is based on the number of units of products sold, next is based on the earnings before interest, taxes, depreciation, and amortization (EBITDA) for a business plan, and then the other is based on the point in sales dollars.

The formulas to calculate the break-even point is as follows:

Calculating Break-Even Point based on Units: You first need to divide the fixed costs by the revenue per unit sold and then subtracted by the variable cost per unit. The fixed costs are those expenses that do not change, thus the term “fixed”, no matter how many products get sold. Then the revenue is what you consider as the price for which you are selling the products deducted by the expenses incurred to create the product, like labor, materials, etc. This can be better expressed by the following formula:

This is an operational view to get the pricing right and figure out how many quantities you need to achieve break-even.

Calculating Break-Even Point based on EBITDA: EBITDA is “Earnings Before Interest, Taxes, Depreciation and Amortization” and is a standard indicator of financial performance. It can be used to determine the break-even point of a business by simply calculating the EBITDA and once you arrived at a positive cash flow, then that will be the estimated break-even point. The EBITDA can be calculated by the following formula:

Example: A high-level view of the business plan overall.

For a more detailed look at the formula, we’ll list what each entails: