Internal rate of return (IRR) analysis allows to compare and investment projects vs. their cost of capital. Here, we listed all financial model templates with the calculation of IRR included or other use cases where the analysis and calculation of IRR are projected. Below the list, we added information about what is IRR, what are its uses and significance, as well as explaining how to calculate IRR. Project Finance Model providing forecast and profitability analysis of a development and operating scenario for a Biogas Plant. Project Finance Model providing forecast and profitability analysis of a development and operating scenario for a Wind Farm. A general real estate model to plan all assumptions for up to 7 'uses' for a given property. Includes development… Financial Model providing a dynamic up to 10-year financial forecast for a startup or existing Multiplex Cinema. The report is containing full set of financial feasibility study project, how much start-up capital is needed, sources of capital,… 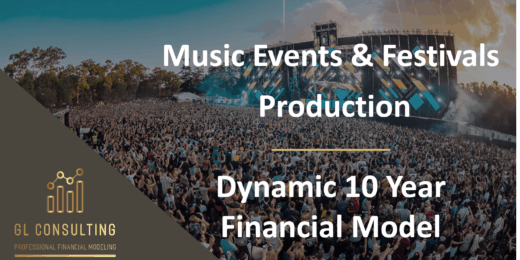 THIS ADVANCED AND DYNAMIC FINANCIAL MODEL IS DESIGNED AND COMPLETED FOR A 10-YEAR PERIOD (i.e. Monthly:: 12 Months, Quarterly:: Year… Use our Financial Model to plan the Self-Storage acquisition, upgrade, and subsequent rental operations for several years before exiting your… Financial Model providing a dynamic up to 10-year financial forecast for a startup or existing Retail Store. Considering investing in a self-storage facility? This might be an easier way for entry-level real estate investors to get into… If you dream to start a security business, the template is the first step in making your dream into reality.… If you dream to start a health club business, the template is the first step in making your dream into… Deploy vending machines over a 60 month period and see what the resulting margins and cash flow look like. Highly… Financial Model providing a dynamic up to 10-year financial forecast for a startup or existing Barber Shop. The financial model presents the business case of a startup fast-food chain. The model accommodates up to 20 outlets with… Financial Model providing a dynamic up to 10-year financial forecast for a startup or existing Pet Hotel. Financial Model providing a dynamic up to 10-year financial forecast for a startup or existing Accounting Firm. The model easy to use, you need to fill the green cells in the green tabs, clear to read and… Planning to start a food business but can’t decide on the profitability of your investment? Why don’t you use our… In summary, the model easy to use, you need to fill the green cells in the green tabs, clear to… Financial Model providing a dynamic up to 10-year financial forecast for a startup or existing Furniture Store. Planning to start a real estate endeavor but don’t know the financial implications of your investment? Why don’t you use… Financial Model providing a dynamic up to 10-year financial forecast for a startup or existing Clothing Boutique.

The internal rate of return or also known as the IRR is the interest rate at which the net present value (NPV) of all the cash flows from a project equal zero. The term internal was derived from the fact that it excludes external factors such as inflation, cost of capital, or other various financial risks. In other words, the internal rate of return is the expected rate of return that will be earned on a project. It is usually used to evaluate if the project or investment is attractive. Basically, if the IRR of a new project exceeds a company’s required rate of return then that project is desirable, otherwise, the project is not worth it.

Another way of calling the internal rate of return of a project or investment is the “annualized effective compounded return rate” which sets the NPV of all cash flows, both positive and negative, from the project equal to zero. Therefore, it is the interest rate at which the NPV of the forecasted cash flows is equal to the initial investment and also it can be the discount rate at which the total present value of expenses (costs) equals to the total present value of the positive cash flows. Basically, the IRR is designed to account for the time preference of money and investments since a given ROI (return on investment) is worth more at a given time compared to the same amount of return received at a much later time.


Types of IRR for Different Types of Cash Flows

The internal rate of return is a time value of money metric which represents the true annual rate of earnings on an investment. Depending on the type of cash flow of a project, there are different types of IRR that can be calculated, such as:


Uses of Internal Rate of Return

Despite the several advantages of using the IRR, it also has its own disadvantages. Unlike the net present value (NPV), the IRR doesn’t give you the return on initial investment in terms of real dollars. Basically, it is best to choose the calculation of the NPV instead of the IRR because usually, financial performance is measured in dollars which is how NPV is expressed while on the other hand, the IRR is expressed in percentage. Another issue with the IRR analysis is that it is under the assumption that the business can continue to reinvest any incremental cash flow at the same IRR, which in reality might not be the case. Hence, choosing the highest NPV is a much preferable option rather than to calculate the internal rate of return.

In conclusion, the calculation of IRR and its analysis can help determine which potential projects are worth investing for. But, it is only as accurate as the assumptions that drive it and that a higher percentage doesn’t always mean that it is the most feasible due to the timing and size of cash flows, leverage used, and differences in the return assumptions.


How to Calculate the Internal Rate of Return

There isn’t really a concrete way on how to calculate irr but there are two ways which could help you by simply using a tool such as Excel. The first way to calculate the IRR in Excel is making use of its built-in functions. The Excel IRR function is one of the financial function available in Excel that helps calculate the IRR. It returns the irr for a series of cash flows that occur at regular intervals.

Where:
Values - represents an array or reference to cells that contain values and represent the series of cash flows which include investment and net income values. It is required to input such data for the function to work.
Guess - an estimate for expected IRR or the number assumed by the user that is close to the expected irr. It is optional to input since the function can simply take a default value of 10%.

Below is a simple example which shows how IRR function is used.

As shown above, the initial investment is negative since it is considered as an outgoing payment. The values after that represent the cash inflows which comes in the form of positive values. By simply using the IRR function in Excel, the calculation of the IRR became easier. The only downfall about this function is that it is not designed to calculate compound growth rate so when calculating the data with different cash inflows, you will have to change it such as below:

To understand how the IRR with a compound growth is calculated using the Excel IRR Function, let us do a reverse check to see if the resulting value is right. This can be simply done by using the following formula which is usually used to calculate compounded annual growth rate or CAGR.

We will then apply the same formula to manually calculate the IRR which is shown below:

Now that you know the first way on how to calculate irr, the second way is to break out all the component cash flows as you calculate each step individually, then using the resulting values as inputs for the IRR formula. Basically, to calculate the internal rate of return, the expected cash flows of a project must be provided and the NPV must equal to zero. The formula below shows how to calculate IRR:

For example:
A company is deciding whether to purchase an equipment for $400,000. The equipment would only last for 3 years but it is expected to generate annual profit for $200,000. After the equipment reaches its end, the company plan to salvage it and expects to receive about $20,000. By using IRR, the company can determine whether to make use of its own cash rather than go for investment options, which should return about 10%.

Here is how the IRR calculation looks like according to the drawn scenario above:

The investment’s IRR will serve as the rate that makes the present value of an investment’s cash flows equal to zero. If the resulting rate is greater than the expected 10% then it can be said that the investment is feasible.

Calculating the IRR can be a time-consuming task, hence, instead of manually doing it, you can simply take advantage of today’s tools such as a financial model template that includes the calculation of the IRR. This is a much preferable option since a financial model is flexible, detailed, easy to audit and edit, as well as transparent.

You can also get different kinds of financial model templates in Excel here at eFinancialModels. These templates are available for download by any kind of users from different countries such as in the USA, Germany, Switzerland, Japan, Saudi Arabia, Egypt, and many more who are in need of help when it comes to their financial modeling tasks.